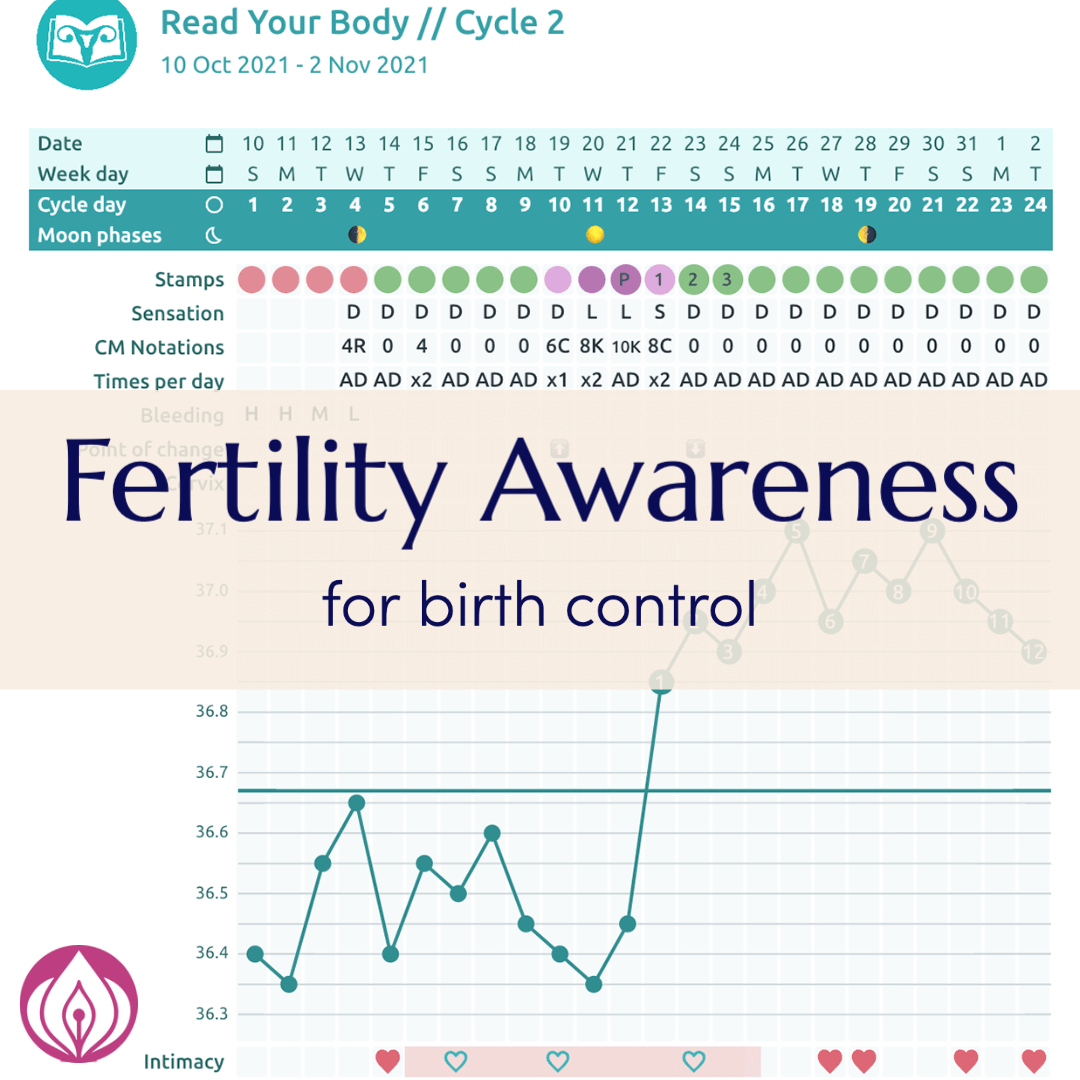 As soon as I had read a few blog posts and other articles, I then decided I knew everything about fertility awareness for birth control and that I was going to stop taking the pill. About a month later I had an appointment with my OB/GYN and defiantly told her the above. Her response was great: “Go read Taking Charge of Your Fertility, and here are two Plan B pills”. Bless her heart. I ordered the book that day, read it cover to cover within two days and have never looked back since (btw I did not have to take the Plan B pills).

About 2 years ago, I decided I did not want to take the birth control pill anymore. I just had that feeling, that voice in my head growing steadily louder, that it just wasn’t right or good for my body. I also knew I wanted to have children some time in the future. At that point I was counting at least 5 years, but thank goodness I stopped when I did because it was just under two years of being hormonal birth control free when we changed our mind and conceived! (You can read more about my experience on the pill here). But, the only other option for birth control I knew of that did not involve hormones were condoms (we just absolutely do not like them) and the copper IUD (which I also didn’t want because of heavy bleeding, the cost of having it put in, and the fact that my mom had developed fibroids that may or may not have been caused by the copper IUD).

After mentioning this to my mother in law she told me about her friend who had been doing “this natural thing where she counts her days” since she could remember. I still know exactly what my response to that was: “Well she also has 4 children!!!”
Nevertheless, I started digging through what the internet had to offer about “counting days for birth control”. Needless to say, I soon found out that what my mother in law’s friend was doing was actually the rhythm method that has little (or nothing) in common with fertility awareness!
As soon as I had read a few blog posts and other articles, I then decided I knew everything about fertility awareness for birth control and that I was going to stop taking the pill. (HINT!! DON’T DO THAT!!! Nothing happened, but a few posts are not enough to safely use FAM as birth control, so make sure you at least read the book I’ll talk about next or even better, seek the help of a certified fertility awareness educator ;) )
About a month later I had an appointment with my OB/GYN and defiantly told her the above. Her response was great: “Go read Taking Charge of Your Fertility, and here are two Plan B pills”. Bless her heart. I ordered the book that day, read it cover to cover within two days and have never looked back since (btw I did not have to take the Plan B pills).

So what is fertility awareness??

Even though there are several different methods that fall under the umbrella of this method, the common goal is to identify your fertile window. Yes, that’s a thing, it’s not hocus pocus.
In order to identify your fertile window, there are three primary fertility signs you observe and record every day - cervical mucus, basal body temperature, and cervical position (often optional).

Cervical mucus is the most important part of your menstrual cycle charting because it actually gives you information about how close you are to approaching ovulation. It creates a hospitable environment for sperm, which can keep them alive for up to five days. Without mucus, sperm die off after just a few hours.
Different methods of fertility awareness have different ways of checking for cervical mucus and how to record what you see. The most common "categories" are dry, meaning no mucus is present, a range of lower quality type mucus which can be referred to as sticky, tacky, or creamy, depending on how much it stretches, and your peak quality cervical mucus, which is clear in color, lubricative in sensation, and very stretchy. This is often referred to as egg white cervical mucus because of its resemblance to raw egg white.

Your basal body temperature can be very helpful in pinpointing ovulation, however, this is done in retrospect! After ovulation, your basal body temperature rises in response to the hormone progesterone which is produced by the corpus luteum (or yellow body) - the follicle from which the egg was released.
In order to get an accurate temperature reading, you need a basal body thermometer with two digits after the decimal point and take your temperature every morning before you get out of bed. The general rule is that the temperatures should be taken at the same time each day, give or take 30 minutes. However, since life happens and you got to bed late, want to sleep in, or woke up a lot during the night, you can simply add a note to your chart or mark your temperature as "questionable" in order to help you interpret your chart more accurately.

Often considered an optional sign, checking the position of your cervix can help you better understand your menstrual cycle and is a very helpful tool to consider when your cervical mucus or temperature recordings seem off.
During your infertile days, your cervix will be lower, meaning easier to reach with an inserted finger, it will be firmer like the tip of your nose, and it will be closed, meaning there is no noticeable opening and it appears smooth. As you get closer to ovulation, your cervix moves up higher, meaning it is harder to reach, it will be softer like your lips, and you may be able to notice a dimple when you move your fingertip across your cervix, which is the opening leading into your uterus.

‍
In my case, checking my cervical position is often more insightful than my cervical mucus because I generally have very limited mucus. However, this is a great example of how fertility awareness can work even for women who don't see the textbook perfect cervical mucus pattern. We successfully prevented pregnancy for 18 cycles before we decided it was time to try and conceive, which only took one cycle!

That being said, there are typically only about 5-7 days in a woman’s cycle where you can actually get pregnant. Say what???
Yes, in contrast to what we’ve been told all our lives, we CANNOT get pregnant every single day. But that’s a whole other can of worms we won’t open today…

So now that we have a basic understanding of what the fertility awareness method of birth control (FAM) is, where do we go from here?

You need to chart your observations every day. It might seem like a lot at first, but it becomes second nature after a while (when was the last time you consciously thought about turning your key to start your car or tying your shoelaces?).Since there are many different methods of FAM, there are many different ways to chart. My two favorite ways are using the Kindara app on my phone or using pen and paper with the charting template out of Taking Charge of Your Fertility. Another very important point to remember is that there IS a learning curve. You also wouldn't just read the instruction manual of your car and then assume you can drive it.

It takes practice! Most charting methods recommend three practice cycles, where you either abstain from intercourse or use barrier methods for protection.

I think that it is possible to learn from just Taking Charge of Your Fertility, but it will take a lot longer. What absolutely helped me after charting on my own for about a year was a group program with Lisa Hendrickson-Jack from fertilityfriday.com. It was a 10-week class with a few other lovely ladies where we were able to not only discuss our own charts, but gained insight and experience from the other ladies' charts as well! This will drastically decrease the learning curve and leave you more confident in your observations from the start.

Have you considered using FAM for birth control?

Have you already been charting on your own?

What have you gained by charting your menstrual cycles? 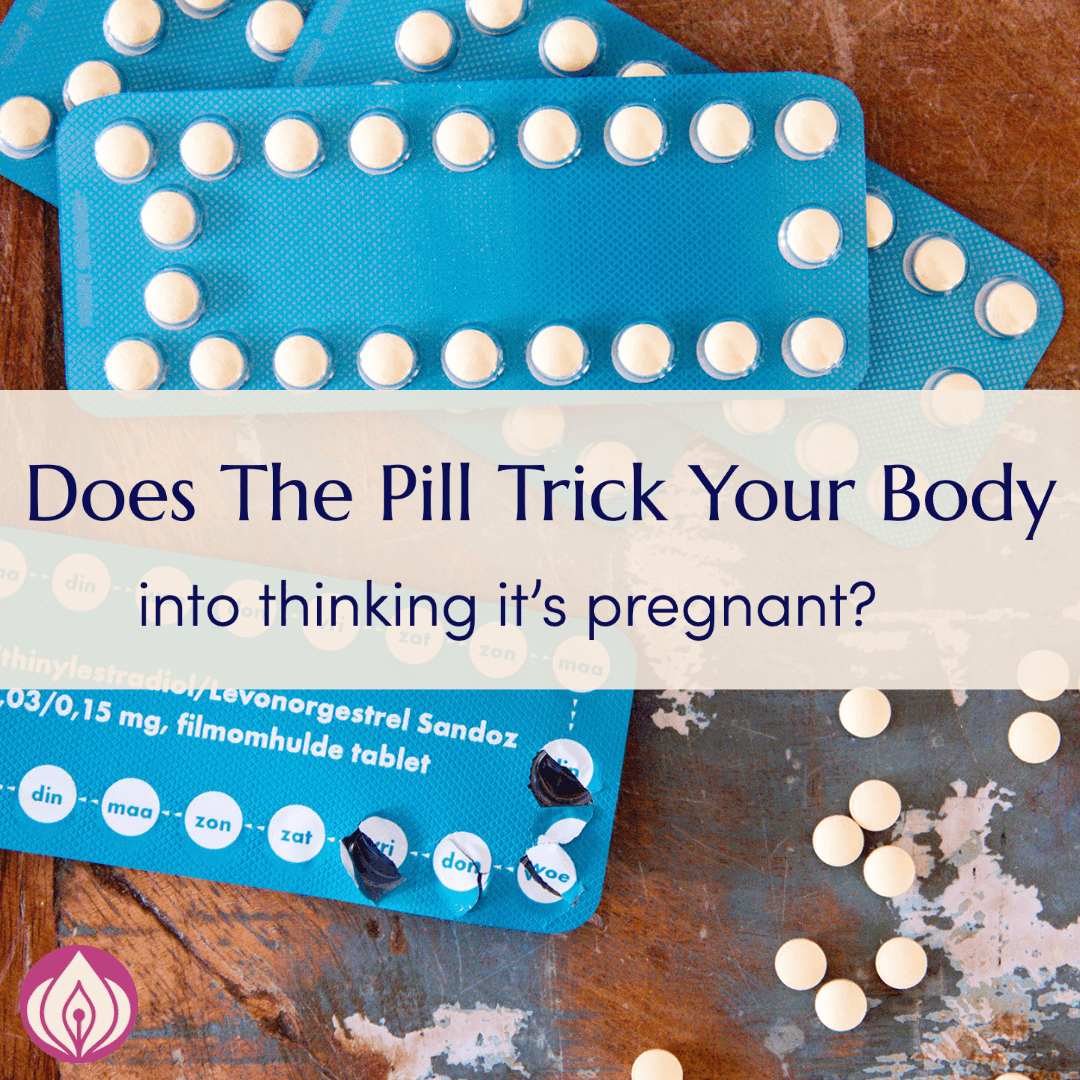 Does The Pill Trick Your Body Into Thinking It's Pregnant? 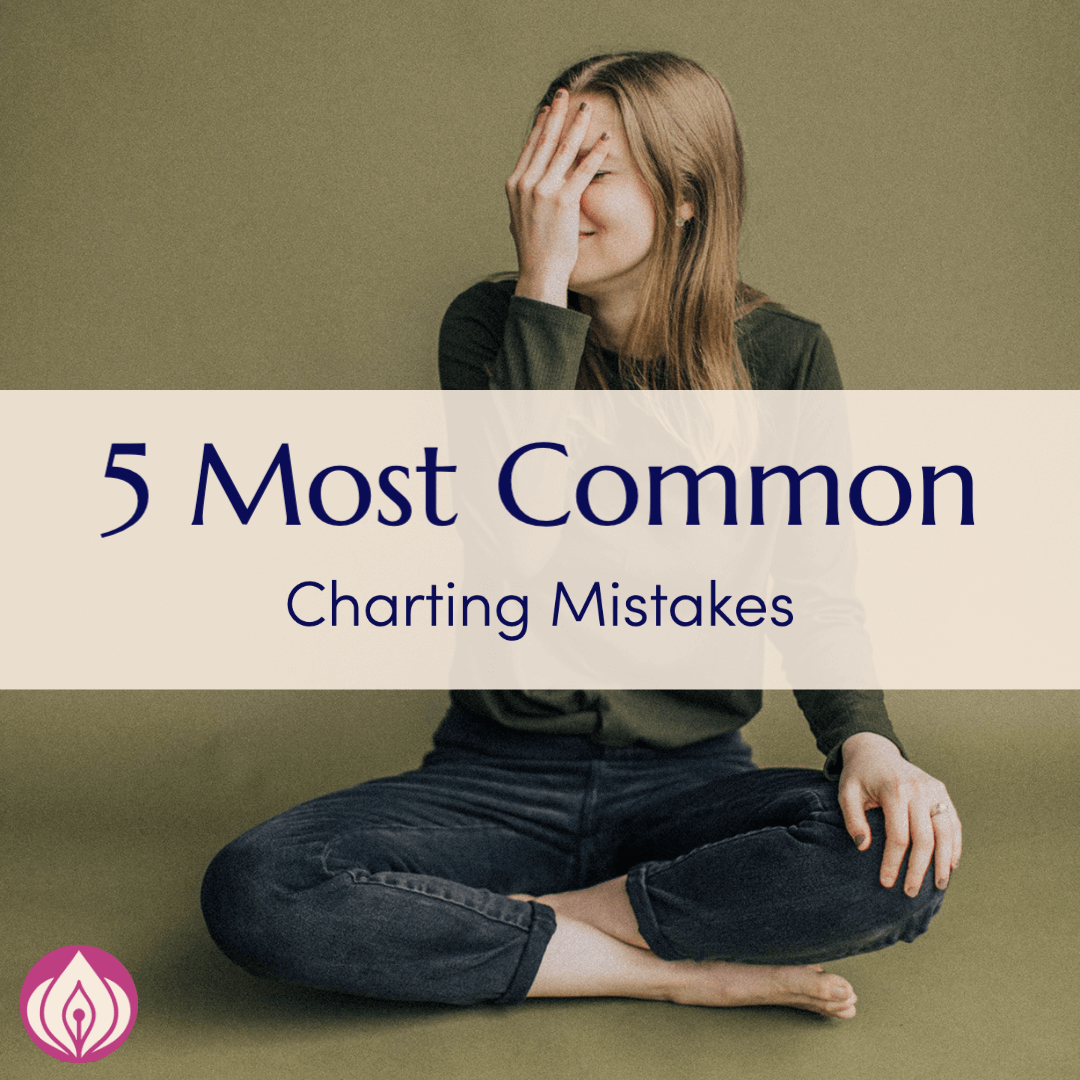 The 5 Most Common Charting Mistakes 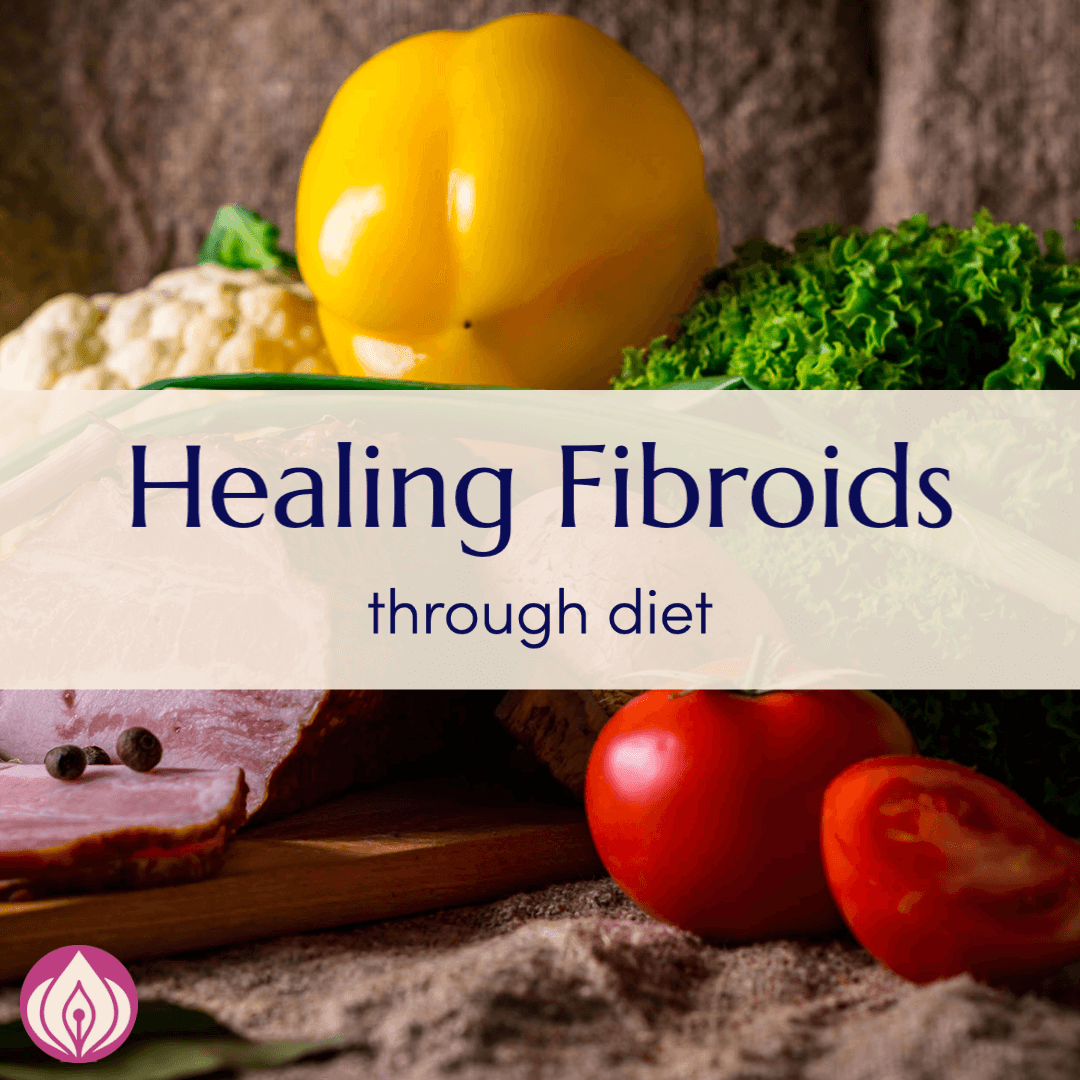